Once up on a time… there was a little girl named Chelsea who was a huge Disney fan. She always loved hearing stories about Cinderella waiting for her Prince Charming. Years later, Chelsea’s own Prince Charming didn’t exactly show up in shining armor, but over time John definitely proved to Chelsea that fairy tales really do come true…

Chelsea & John actually began as friends. They met in Santoro Residence Hall on the campus of Christopher Newport University almost 5 years ago. Chelsea gave John her number, and the two hung out as friends initially, until they eventually became more.

In Chelsea’s own words:

“So, both of our families were staying down at the oceanfront. My brother, his brother, and some of our guy friends came into our hotel room and gave me two envelopes. One was from all of our guy friends we had made throughout our relationship. The other envelope was the word ‘WILL’ and had everything he will do for me and how he’d always be there. Next, I went to put on the outfit that my mom had picked out for me. Then, the guys took me to the next stop where my friends who I’ve known since elementary school were there with again, two envelopes. One with letters from all the girls we met throughout our relationship, and the other said ‘YOU’ and it was everything about how I much I meant to him. Finally, we went upstairs to where all our family was and they had a note that said ‘MARRY,’ and they told me to walk outside. John was there! He bent down on one knee and asked me to marry him!!!”
A romantic little fairy tale, indeed! It was only fitting that I shot their engagement session on the campus of CNU where they met and began their relationship, as well as including a few Disney themed props down at the local historic Yorktown Beach.
The two plan to be wed in December of next year. Can’t wait to capture them saying “I do” at their Disney themed wedding!!
*Please show your support by giving Nancy Wiley Photography a like on Facebook. Thank you! 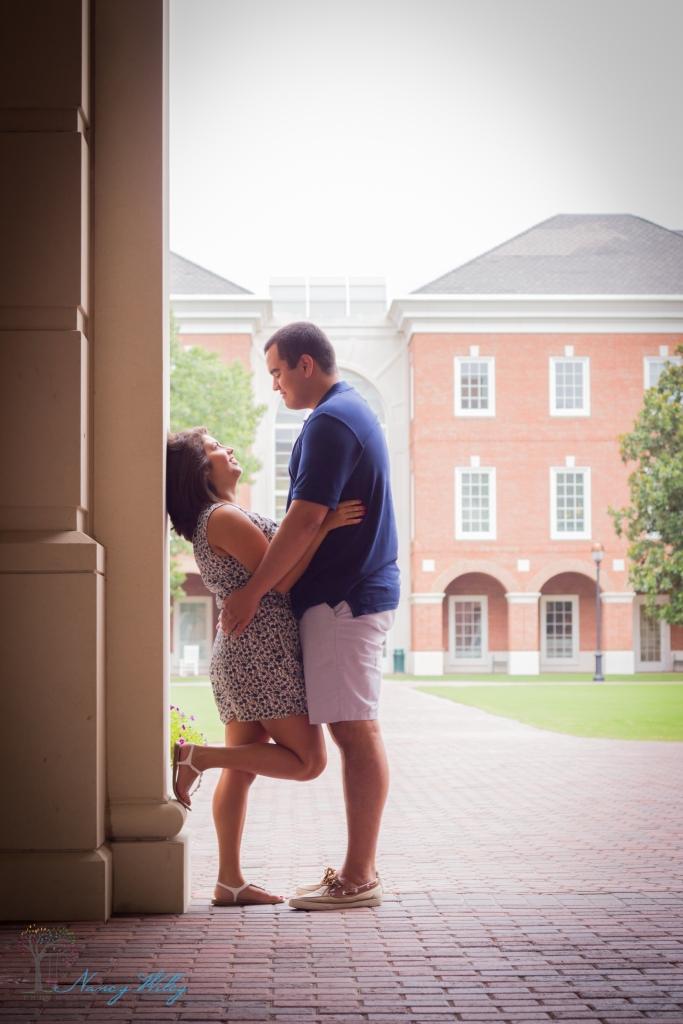 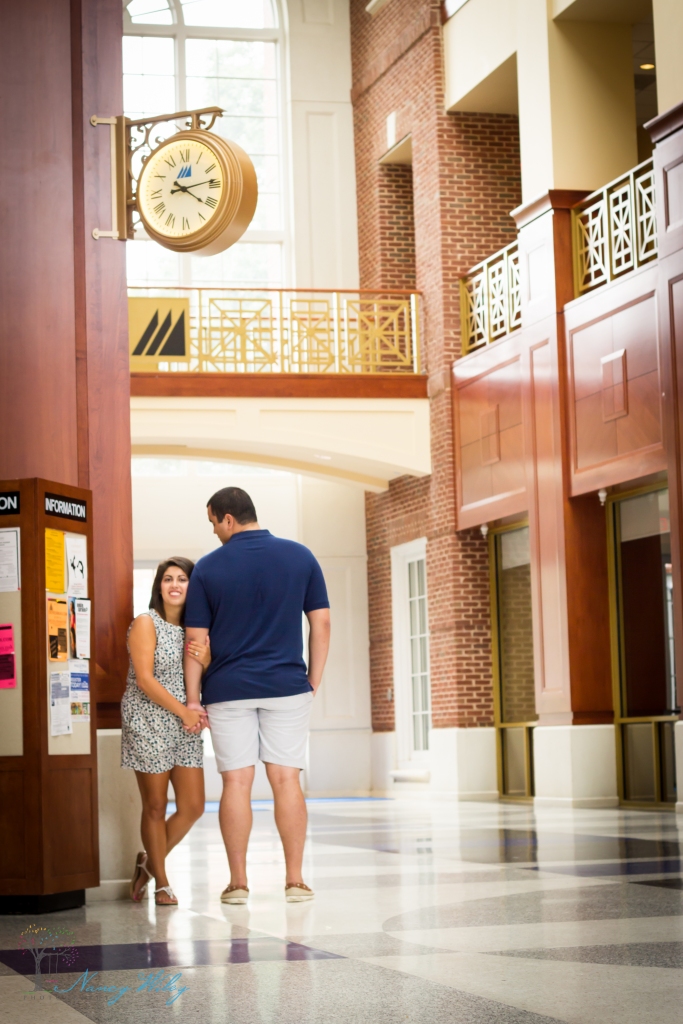 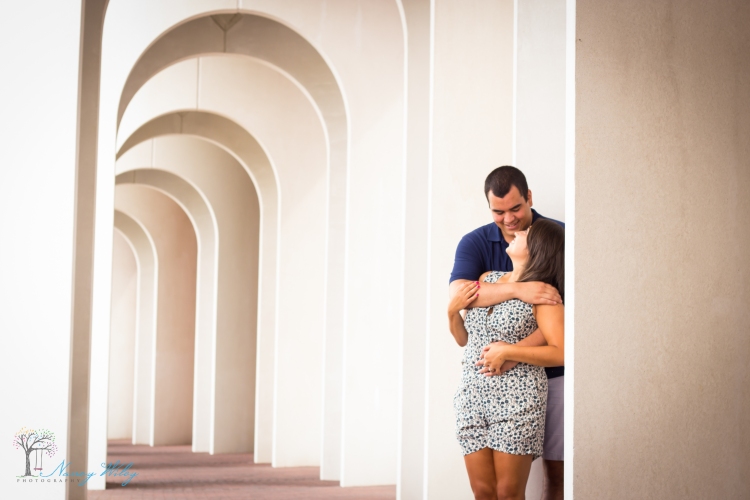 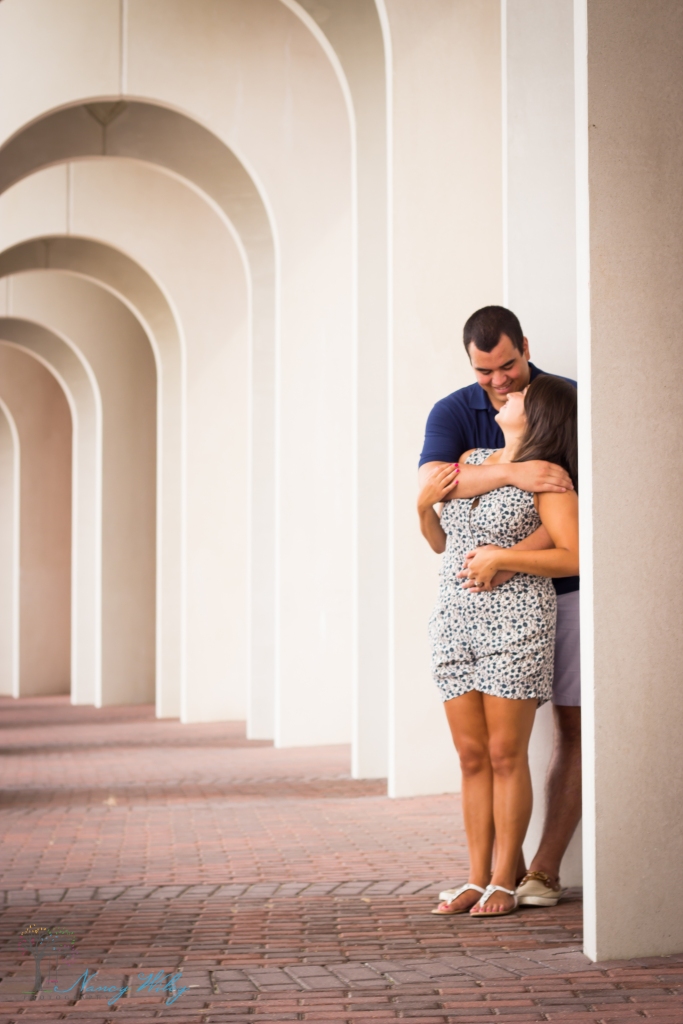 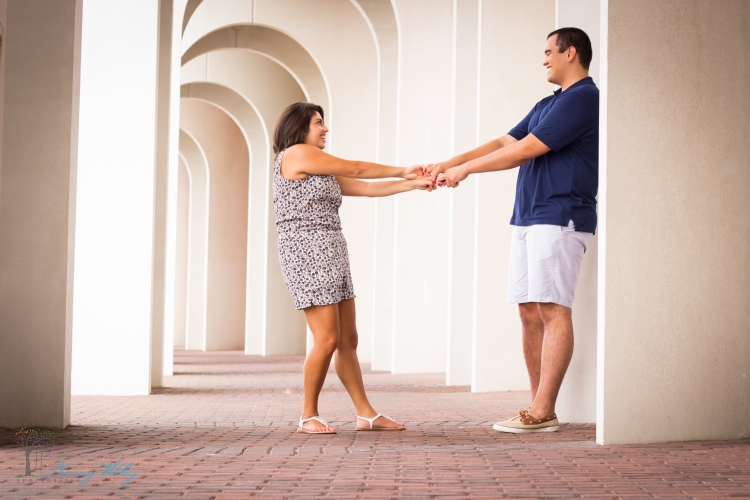 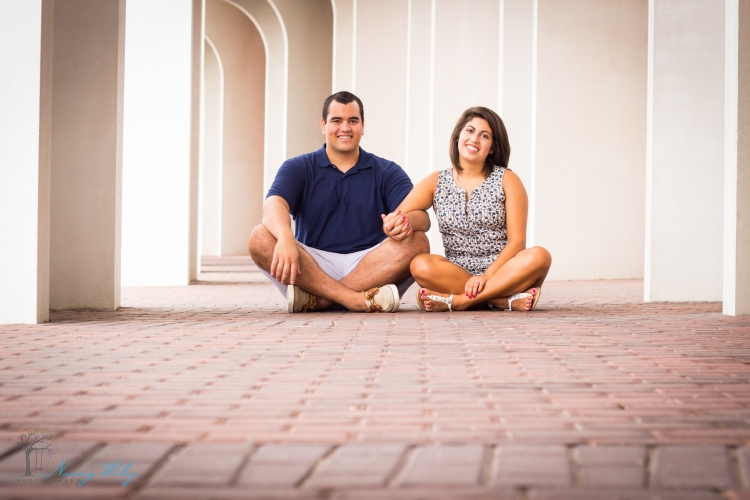 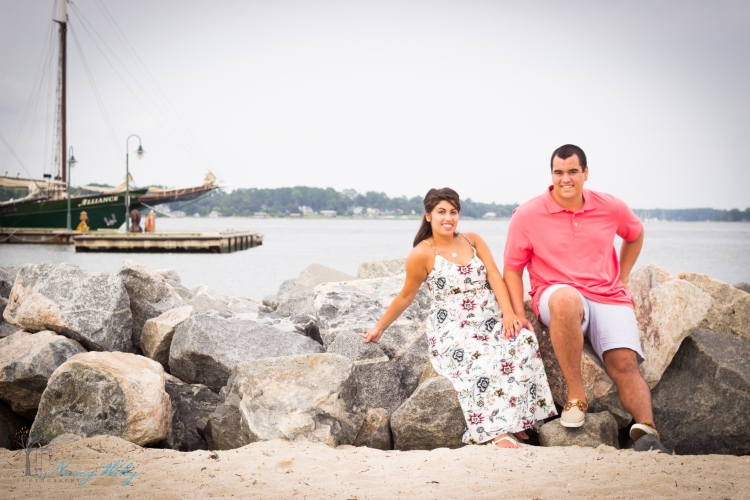 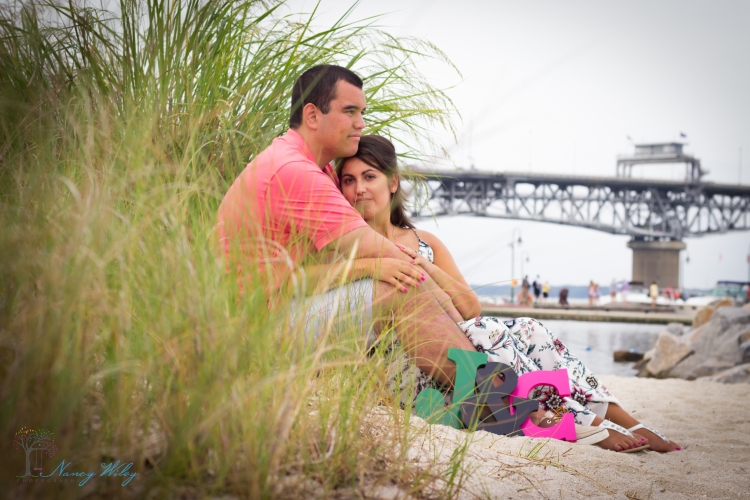 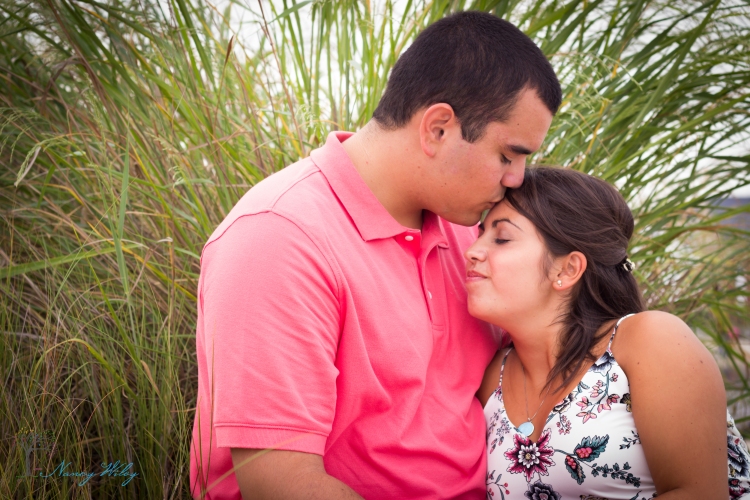 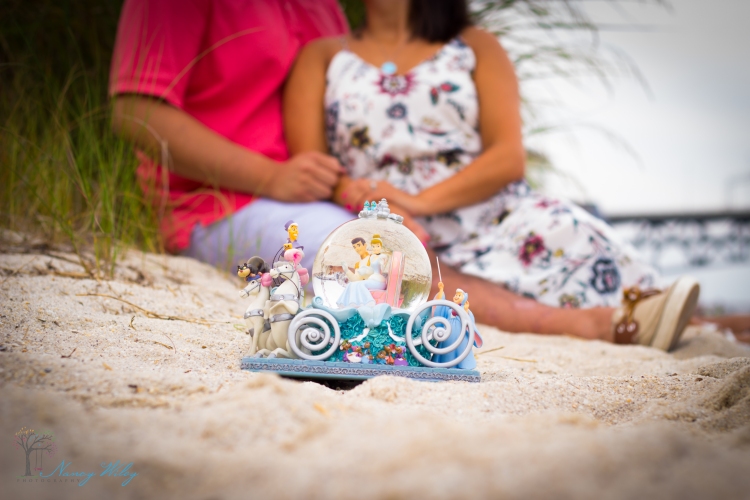 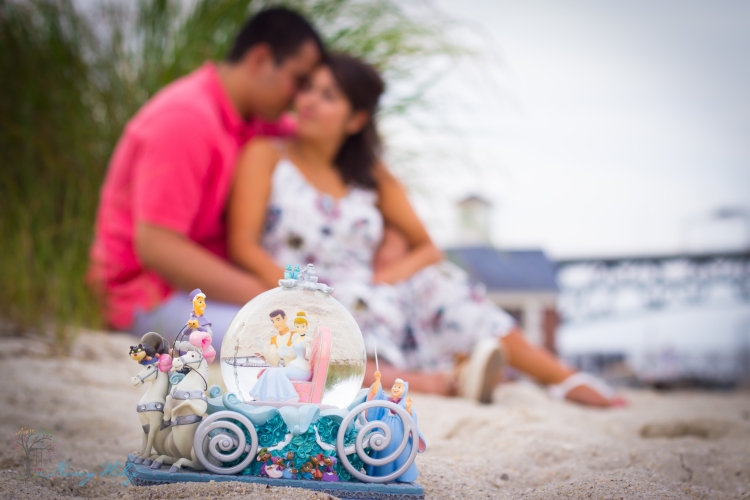 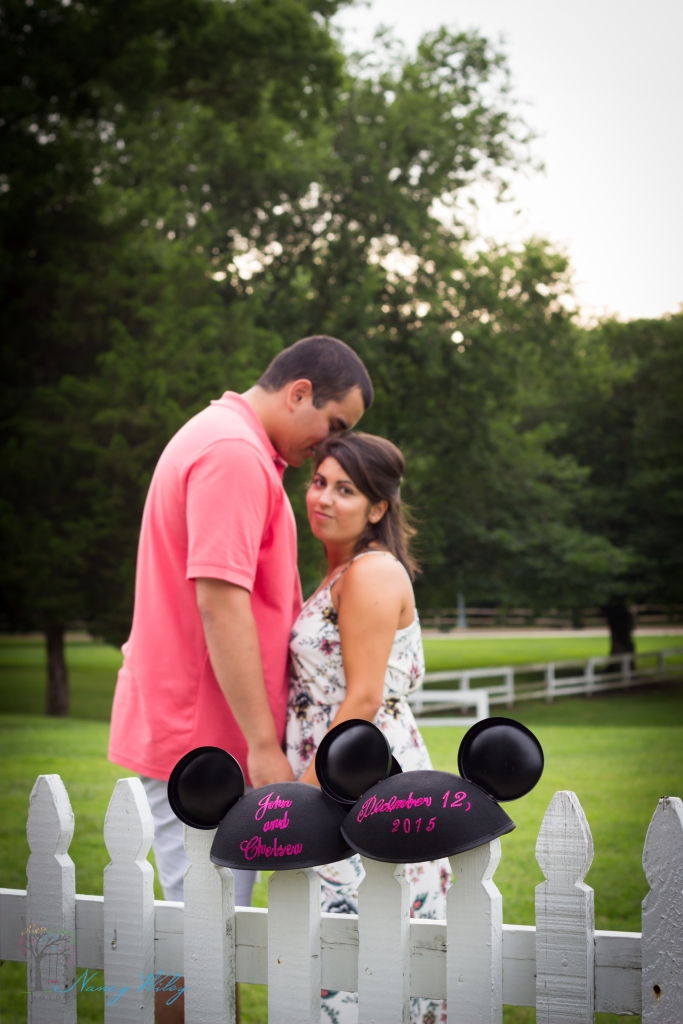 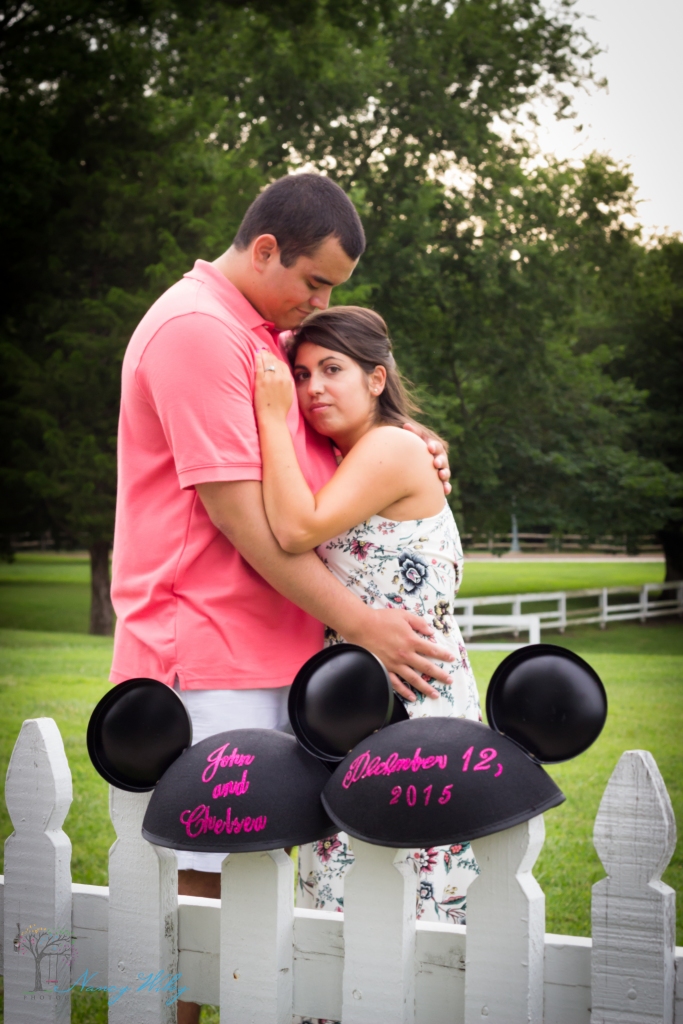 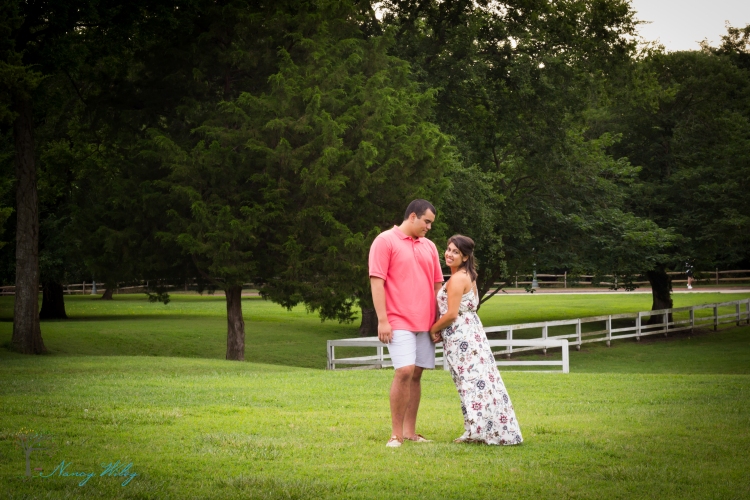